Trump, TikTok and a dangerous precedent for democracy 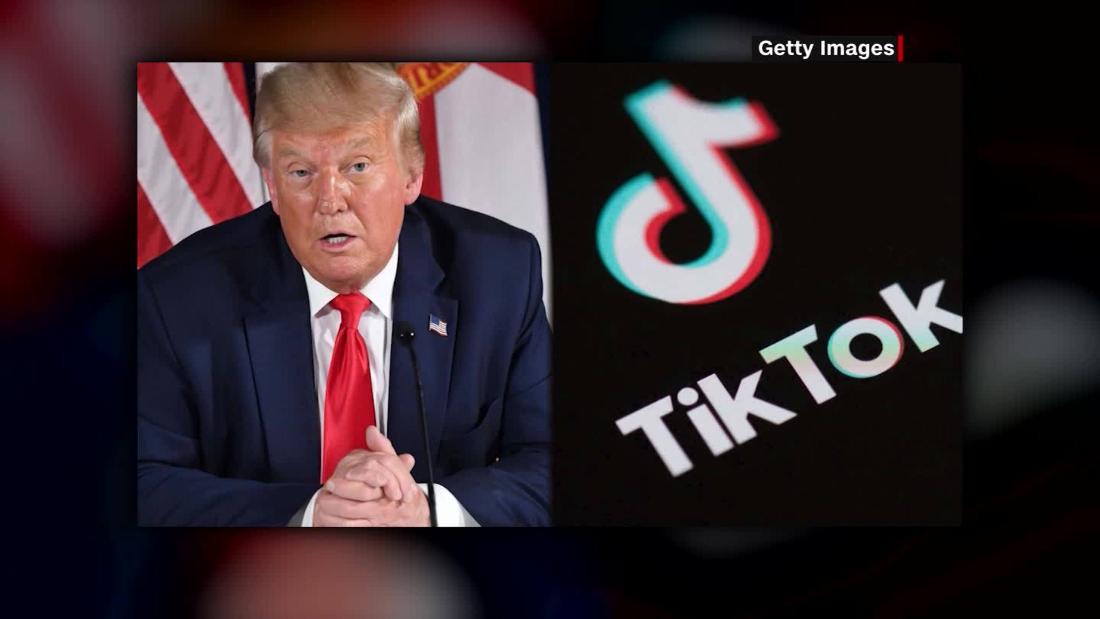 This story draws together several threads. Microsoft is prepared to pay around $50 billion for an app that is primarily used to watch short, funny videos created by other users. The app currently has 100 million American users and analysts believe this might grow so fast it will soon be worth $200 billion. The Trump administration wants to ban the app because it believes its Chinese owners could be required to cooperate with the Chinese government, which in turn, could use the platform for espionage or to spread misinformation, threatening national security. If Microsoft and TikTok cannot pull off this purchase by mid-September — a tall order for a deal of this size — Trump pulls the plug on its US operation.

It’s an irresistible twist in the Trump administration’s four-year diplomatic spat with Beijing and comes hot off Trump pressuring other countries to take a harder line on China.

However, critics worry that Trump’s latest attempts to turn the screws on China could set a dangerous, anti-democratic precedent in how governments try to control the way citizens use the internet, which will be applauded by leaders of countries where democracy is already backsliding.

“Restricting internet and interfering with people’s capacity to criticize power is not unprecedented on a global scale. It has happened in India, Iran and in different parts of Africa,” said Nanjala Nyabola, an author and political analyst specializing in politics in the digital age. “What people are struggling with is the fact it’s happening in the US. When a country like the US begins to erode the ideas of democracy it naturally opens the door for other countries to do the same.”

This might seem a dramatic analysis at first glance, given the comparisons in Iran and Africa, where people are arrested for expressing dissent online. All Trump is talking about is removing certain platforms from the American internet.

It’s the fact this is happening in the democratic posterchild that makes Trump’s move so notable. “Every time Western leaders undercut free speech and the movement of ideas across boundaries without good reason, the cause of civil liberties is undermined,” said Nic Cheeseman, professor of democracy at the University of Birmingham. “It makes it that bit easier for governments seeking to clamp down on social media — in Iran, in Turkey, in Tanzania — to shut down critical voices.”

Whether or not Trump has good reason, as Cheeseman puts it, to shut down TikTok is open to debate. TikTok is owned by a private Chinese company called ByteDance. TikTok itself does not operate in China and, in the case of the US, TikTok maintains that users’ data is stored on servers inside the US.

However, China skeptics worry that Beijing could demand TikTok hand over this data. They suspect that the Chinese government could force ByteDance to censor content, as happens routinely on the Chinese internet, most notably on WeChat, where words and images relating to controversial issues like the Tiananmen Square massacre and Tibet are banned from group and private chats.

They fear that the platform could be used to spread misinformation in the US. And, ultimately, they believe that the term private company is relative in China, the autocratic superpower currently locking horns with America.

There is also some irony in the idea that should the US jettison TikTok from the internet, it would be behaving in some respects like China, whose government carefully censors what its citizens can do online. Some of the biggest American tech companies, including Facebook, Twitter and Google are banned in China.

“It is critical that any steps taken are in accord with democratic values … and messaged from the frame of advancing a democratic information space — not just countering authoritarian threats,” said Laura Rosenberger, director of the Alliance for Securing Democracy and senior fellow at the Marshall Fund for the United States. “It’s critical that the US not take steps that close ourselves off and create the sovereign information model that Beijing wants and that would weaken democracy.”

Nyabola believes that the TikTok debacle and the consequences it could have for US democracy must be viewed in the context of Trump’s four years in office. “During the course of the Trump administration, things that were once taboo have become normalized. It has interfered with institutions like the Attorney General’s office in relation to investigations into the President. How that might look to countries wanting to silence to shut up government critics is worrying.”

True to this form, even in his proclamations on TikTok, Trump announced his highly unusual opinion that should a deal be struck between Microsoft and ByteDance, the US Treasury department should get a “substantial amount of money” for the deal.

“Whether it’s Microsoft or somebody else, or if it’s the Chinese — what the price is, the United States could — should get a very large percentage of that price. Because we’re making it possible,” he said.

Leaving aside the fact that there is no obvious legal mechanism by which Trump could make this happen and there was no mention of it in the executive order, the fact he seems to think his government deserves a kickback for any deal is revealing.

“Trump’s call for the Treasury Department to benefit from the sale of TikTok to Microsoft smacks of the kind of thing that happens in failed states or banana republics where clientelistic arrangements mean that warlords or quasi-rulers get kickbacks from businesses as a tribute for allowing them to operate,” said Joe Robinson, a PhD candidate at the University of Cambridge, specializing in modern statehood in the digital age.

The row over TikTok will doubtlessly reverberate in the media. And however trivial blocking a social media platform might seem on the surface, it’s always worth remembering that when the President of the US does anything, the world watches. Even if Trump gets his way and TikTok is banned, Cheeseman said the US will still hand the Chinese government a propaganda consolation prize. “Blocking a foreign-owned platform for flimsy reasons would put the US on similar ground to China — the next time America complains about China’s wall of internet censorship, the Communist Party can turn around and say: but we are just doing the same thing as you.”