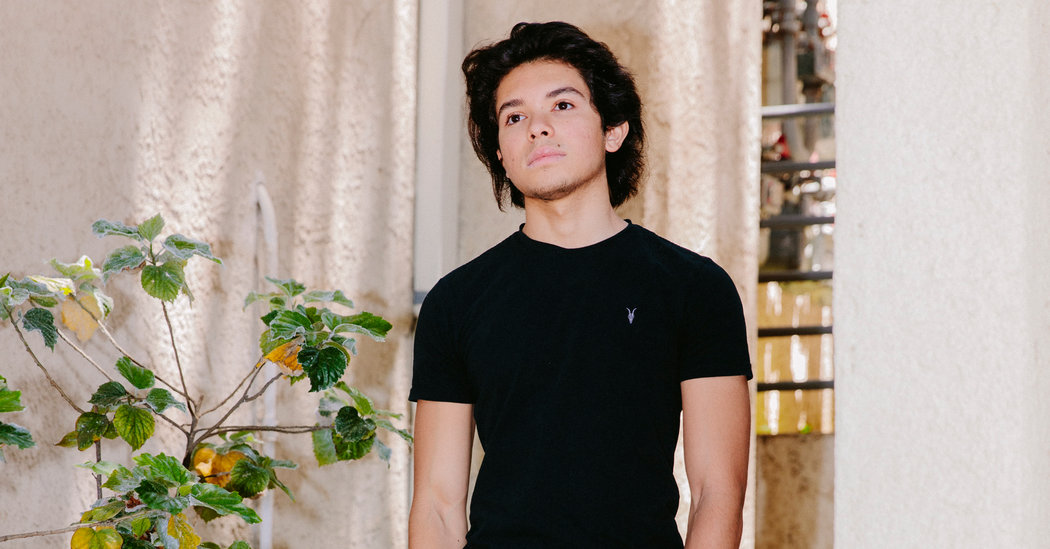 LOS ANGELES — A directive by the Trump administration that would strip international college students of their U.S. visas if their coursework was entirely online prompted widespread confusion on Tuesday as students scrambled to clarify their statuses and universities reassessed their fall reopening policies amid the coronavirus pandemic.

The White House measure, announced on Monday, was seen as an effort to pressure universities into reopening their gates and abandoning the cautious approaches that many have announced they would adopt to reduce Covid-19 transmission.

The effect may be to dramatically reduce the number of international students enrolling in the fall. Together with delays in processing visas as a result of the pandemic, immigrant advocates say the new rules, which must still be finalized this month, might discourage many overseas students from attending American universities, where they often pay full tuition.

Janet Napolitano, the president of the University of California system and a former Homeland Security secretary under President Barack Obama, described the rule as a “double whammy” that would probably result in budget cuts at many schools, which have already suffered financially during the pandemic.

“Universities don’t need any extra pressure to reopen,” Ms. Napolitano said. “I think most universities would love to reopen and be fully in-person on classes and have their dorms fully occupied.”

But the concern that their campuses could become coronavirus clusters has prompted many universities to adopt measures to reduce exposure, from requiring masks in classrooms to limiting social activities to reducing the number of students invited back to campus. Many have announced a hybrid approach that would provide some in-person classes but offer a significant amount of coursework virtually.

Such changes could put foreign students’ visas, known as F-1 visas, at risk under the new rules. International students whose universities are not planning in-person classes — which is currently the case at schools including the University of Southern California and Harvard — would be required to return to their home countries if they are already in the United States. Those overseas would not be granted permission to enter the country to take online coursework here.

On Wednesday, Harvard and the Massachusetts Institute of Technology, which also plans mostly online classes, sued the administration in federal court, saying the directive would prevent many of their international students from remaining in the country while studying online. The suit seeks a temporary restraining order and injunction preventing the government from enforcing the policy, saying it was improperly implemented.

Harvard’s president, Lawrence S. Bacow, called the rule from Immigration and Customs Enforcement cruel and reckless and said in a statement that it appeared to have been designed to pressure universities to hold in-person classes “without regard to concerns for the health and safety of students, instructors and others.”

The Massachusetts attorney general, Maura Healey, said she would also challenge the rules in court. “Massachusetts is home to thousands of international students who should not fear deportation or be forced to put their health and safety at risk in order to advance their education,” she said in a statement.

Kenneth T. Cuccinelli II, the acting deputy secretary of the Department of Homeland Security, defended the order in an interview Tuesday on CNN, saying that the administration was providing more flexibility for international students than in the past, when they could only take one online course to qualify for visas. Now they can take more, as long as at least some of their instruction is in person.

“If they’re not going to be a student or they’re going to be 100 percent online, then they don’t have a basis to be here,” Mr. Cuccinelli said, adding, “They should go home, and then they can return when the school opens.”

To maintain their status, many international students raced this week to enroll in in-person classes, even if they were not connected to their majors, and students at nearly a dozen universities started an online spreadsheet so that American students could try to swap in-person course spots with their foreign classmates.

“There’s slim pickings for classes, and they all filled up so fast once the news came out that we’re pretty much left with no option,” said Rhea Joshi, an Indian citizen and rising senior at the University of California, Los Angeles, who is seeking a swap.

Loay Alem, 19, an engineering student from Saudi Arabia, said he had put down a $1,000 security deposit on an apartment for the fall, enrolled in several online courses and paid tuition at U.C.L.A., which had about 5,800 international students last academic year. “I was all set to start sophomore year,” he said.

Then on Monday, he read in a group chat about the new guidelines. “I realized that I might be deported back to my home country,” he said. “It was so absurd, so insane.”

Although higher education officials saw the move by the Trump administration as an attempt to force their hands on reopening, which President Trump has pushed for, the directive also holds appeal to groups that favor reducing legal immigration to the United States.

Those advocates have pressed the administration to tighten the program that issues student visas and work permits, claiming it provides an avenue for immigrants to stay in the country after graduation and compete for American jobs.

Rosemary Jenks, the director of government relations for NumbersUSA, a group that lobbies for fewer immigrants in the United States, said that by forcing international students to leave the country, the new rule could help close a pipeline of students who obtain authorization to temporarily work in the United States for 12 months after graduation.

But Ms. Jenks said she did not see the policy announced on Monday as an “earth-shattering new position,” but one that clarified existing law.

“It could have the effect of reducing the number of foreign students,” Ms. Jenks said. “There’s a lot that’s still up in the air.”

The United States has long attracted a bevy of international students, and in recent years they have become a key source of funding for both private and state colleges and universities, as many have struggled with reduced U.S. enrollment and state funding.

In March, as the coronavirus outbreak forced universities to abruptly close their campuses, the Trump administration offered those students flexibility, allowing them to remain legally in the United States, said Dan Berger, a lawyer who specializes in academic immigration.

“All that flexibility is being pulled back now,” he said. If students attending universities with online classes wish to remain in the country, they will have to transfer to an institution that offers in-person courses, which is virtually impossible given the short notice.

New York University has one of the highest enrollments of international students in the country, with nearly 20,000 last academic year. Its president, Andrew Hamilton, said he believed that the school’s hybrid program would allow most of its foreign students to attend at least one in-person class.

But he criticized the administration for adding to the uncertainty for students and universities during the pandemic, calling the policy “just plain wrong and needlessly rigid” in a statement. “If there were a moment for flexibility in delivering education, this would be it,” he added.

At the University of Arizona, where nearly 4,000 international students were enrolled last academic year, Brent White, the vice provost for global affairs, said the school would ensure that such students are all able to take in-person classes and remain in the United States.

“Even if the circumstances due to Covid-19 are that most people have to be online,” he said, “we have enough space that we think we can accommodate requirements that international students have in-person participation.”

Deepasha Debnath, 22, was born in India but has lived in the United States for all but eight years of her life. Originally, she was a dependent of her parents, who are in the country on work visas. But a year ago, she had to obtain a student visa to remain.

She is now in her last semester at San Francisco State University, where she is completing a bachelor’s degree in visual communication design. But her department has switched to all online classes for the fall semester.

The new guidance means that she would have to return to her country of birth, which she left when she was a little girl, and leave her family behind.

“After 14 years of living in the United States, my native country is foreign to me,” she said.