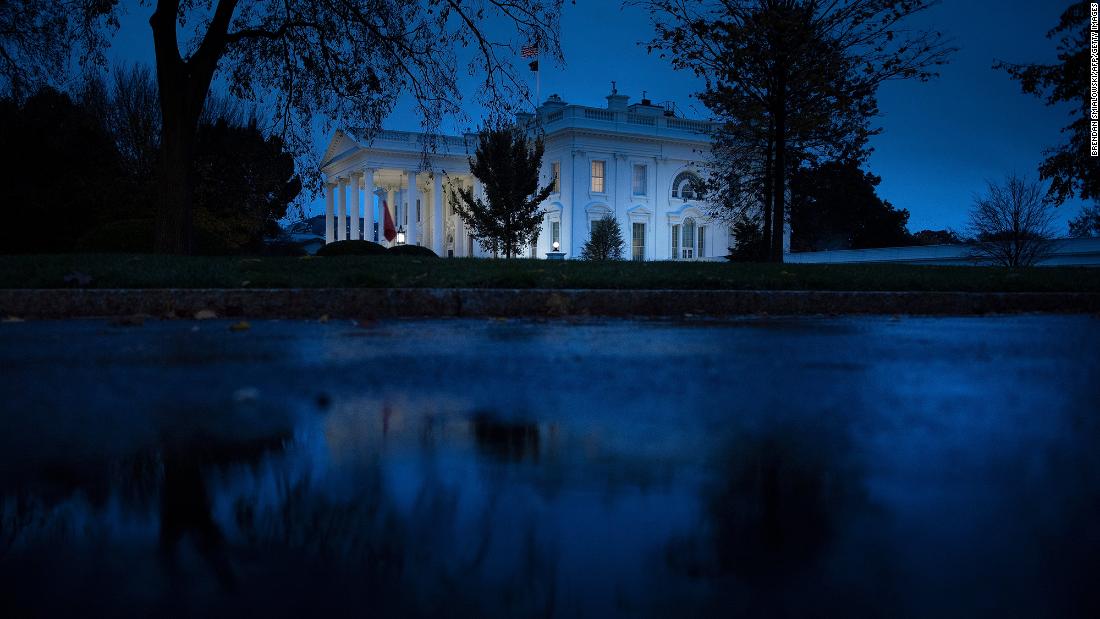 A majority of career staff will be redesignated into a new category that strips them of protections afforded to civil servants and makes them easier to be removed.

The Office of Management and Budget inside the White House has been one of the most aggressive in making the change. An October executive order created a new classification for federal employees serving in “confidential, policy-determining, policy-making, or policy-advocating positions.” These employees typically do not change over during a presidential transition.

Experts say the reclassification could potentially leave tens of thousands of federal employees vulnerable to being fired without cause.

“This is an attempt to sabotage on their way out the door,” said Richard Loeb, senior policy counsel at the American Federation of Government Employees.

The Office of Personnel Management ultimately has final authority on which positions get changed, and late last month the acting director sent a memo instructing agencies how to implement the new classification system, known as Schedule F.

While the agencies have until January 19 to identify positions they believe should be reclassified, several agencies began compiling their lists immediately, including the Department of Energy, where managers received the attached memo, obtained by CNN, asking them to identify positions for possible transfer.

The OMB is also rushing ahead. According to a source with knowledge of internal conversations, the office sent in its reclassification list last week, submitting more than half its employees for potential transfer. This action and its timing were first reported by RealClearPolitics.

Dozens of career employees at OMB have expressed fear that their jobs will be in the hands of a President known for retaliation, according to a source familiar with these conversations. One former OMB employee said current workers have no hope that OMB Director Russ Vought might come to their rescue, describing the Trump loyalist as a “very strange and unqualified director.”

For years, Trump has vilified career officials as the “deep state” and sought to rid the federal government of people he views as insufficiently loyal. Trump installed his longtime aide John McEntee to take over the White House’s Presidential Personnel Office, as part of an effort to purge those he thought had wronged him in some way and replace them with die-hard supporters.

The office is in charge of vetting political appointees, and shortly after taking over McEntee created a new questionnaire for potential political appointees across the administration, asking, among other things, what part of Trump’s campaign message “most appealed” to them and why.

Critics warn the order allows Trump to fill the federal workforce with loyalists during the final weeks of his administration and that it risks reverting the country to a spoils system in a way not seen since the 1883 passage of the Pendleton Act, which made it illegal to punish some government officials based on politics.

In a statement to CNN, National Treasury Employees Union President Tony Reardon called the order “a threat to our merit-based civil service” that “would allow nonpartisan career civil servants to be hired or fired for political reasons.”

In October the union filed a lawsuit to try to stop the action.

Multiple legal experts told CNN that Trump’s executive order will likely be hard for President-elect Joe Biden to undo quickly should it be fully implemented before he takes office January 20, due to its unprecedented nature.

While Biden may be able to get rid of the order, there will likely be a lengthy series of steps he will have to take to rehire employees. Complicating things further is the unknown of what Trump will do with the agency vacancies should he decide to fire tens of thousands of career officials during the last days of his administration. If he replaces those officials with loyalists, the effort to bring back civil servants will have an extra wrinkle, as the Biden administration will have to decide how to handle those employees.

“They’re trying to scuttle an incoming administration in its early months,” one former OMB employee, who did not want to be identified for fear of retribution, told CNN. “When your senior career people aren’t here anymore or are in some time of limbo, and instead have Trump loyalists, it could get very messy.”