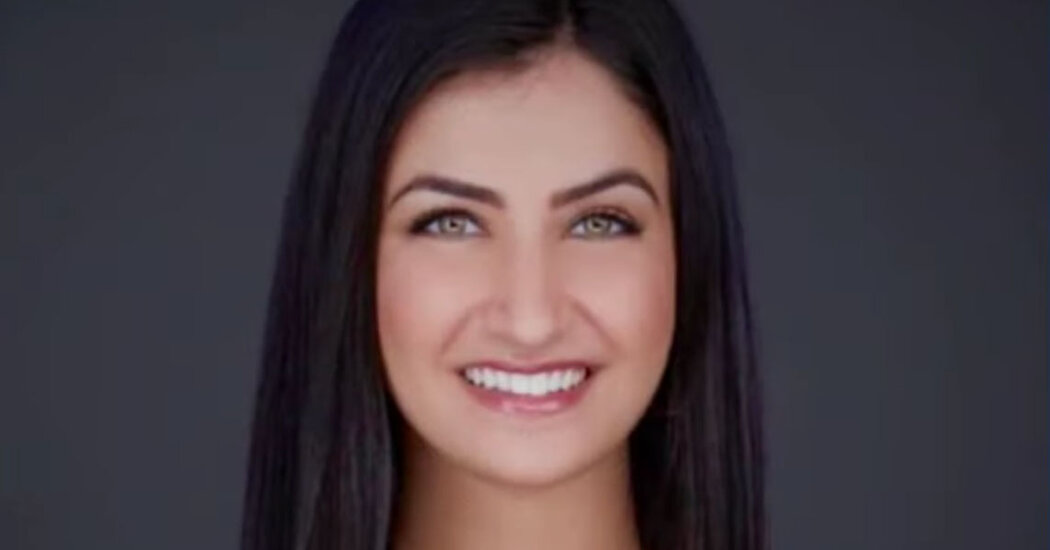 A local television journalist died over the weekend, the police said, after she fell from a scooter that had been rented from Revel, a moped-sharing company whose Vespa-style vehicles have become a familiar sight on the streets of Brooklyn and Queens.

The accident, which a company spokeswoman said was believed to be the first fatality involving a Revel moped, happened about 5:30 p.m. Saturday near the intersection of Franklin and India Streets, the police said, in the Greenpoint section of Brooklyn — a mostly residential area that is dotted with neighborhood bars and restaurants.

Nina Kapur, 26, a reporter for CBS2 in New York, was a passenger on a scooter that was being operated by a 26-year-old man, Detective Denise Moroney, a police spokeswoman, said on Monday, adding that the moped was a “2020 Motorcycle-NIU (Revel)” model.

The moped was northbound on Franklin Street when “the operator swerved for an unknown reason” and the two “fell to the roadway as a result,” Detective Moroney said, adding that the authorities were still investigating the accident.

Ms. Kapur was taken to Bellevue Hospital, where she was pronounced dead, Detective Moroney said. The driver, whose name was not released, had minor injuries. It was not immediately clear if they were wearing helmets.

A spokeswoman for Revel said the company was assisting the authorities with their investigation of the accident.

“At Revel, we are committed to working with local officials and communities to promote safe transportation practices across the city,” a spokeswoman said in a statement. “Of the three million Revel rides taken to date, there have been no previous fatalities.”

“Revel extends deepest sympathies to Nina Kapur’s family and loved ones for their loss,” she said. “We are aware of reports that she passed away after an accident involving a Revel electric moped. We are actively investigating this incident, and we are in contact with the N.Y.P.D. to aid their investigations in any way we can.”

Revel started modestly with 68 electric vehicles in a small slice of Brooklyn but expanded rapidly across Brooklyn and into Queens last year, when it had about 1,000 scooters, the company told The New York Times in August. In addition to New York, Revel operates in Washington; Miami; Austin, Texas; and Oakland, Calif., with plans to expand to San Francisco, according to the company’s website.

Revel’s signature blue scooters can travel up to 30 miles per hour, faster than the 25-miles-per-hour speed limit on most New York City streets. Riders are charged $1 to unlock a scooter and 35 cents per minute as they ride. It costs $1 to add a passenger. The company requires riders to have a valid driver’s license, and two helmets are included with every rental.

But as the scooters have become increasingly visible, problems have surfaced. In an email to its New York customers with the subject line “Hey NY, we need to talk …,” Revel said last week that it had suspended 1,000 users for “bad behavior” that violated its safety rules, including not wearing helmets and riding in bike lanes and on sidewalks.

In a statement, New York City’s Department of Transportation said Monday afternoon that it did not know of any other fatalities involving Revel mopeds.

“The city expresses its deepest condolences to Ms. Kapur’s loved ones and to the CBS2 family at this tragic time,” a department spokesman said.

The accident that led to Ms. Kapur’s death happened on the same day that a man sustained a head injury in an accident involving a Revel scooter in Queens. When the police arrived, they found the 38-year-old man who had been operating the scooter lying in the street.

It was not clear whether the man had fallen off the scooter or if he was hit by another vehicle, the police said. The man was taken to Elmhurst Hospital and was in critical condition, Detective Moroney said.

Ms. Kapur joined CBS2 in June 2019 from News 12 Connecticut, where she had worked for nearly two years. In reporting her death on Sunday, CBS2 said Ms. Kapur was “known for her contagious smile and love for storytelling.”

“We are heartbroken here at CBS2 as a member of our news family has passed away,” the station’s report said. “Our thoughts and prayers are with Nina’s family. She will be missed.”

Like many other New York journalists, Ms. Kapur had been reporting stories related to the coronavirus pandemic and the Black Lives Matter protests in the city.

In her final post on Twitter before her death, Ms. Kapur reached out to Revel on July 14 requesting help from customer support.

“Hi I have been trying to contact Revel support for an hour an half now,” she wrote, “Can someone please help me?”

Her colleagues and classmates from Syracuse University, where she graduated in 2016 with a degree in broadcast and digital journalism, according to her LinkedIn profile, posted tributes on Monday.

“We will miss your smile, your warmth, your presence,” the CBS2 anchor Chris Wragge wrote on Twitter.

A Syracuse classmate, Jane Hong, shared a video of Ms. Kapur on Twitter reporting a story on Connecticut politics for News 12 in 2018. In it, Ms. Kapur’s lips curl into a smile as an older woman walks into her live shot.

“This is the nina kapur i met in college: excellent at what she did while wearing a big smile on her face,” Ms. Hong wrote.

“I remember telling her i couldn’t wait to watch her on national news one day,” she wrote. “She deserved more. praying for her family and loved ones.”