US official says Israel was behind assassination of Iranian scientist 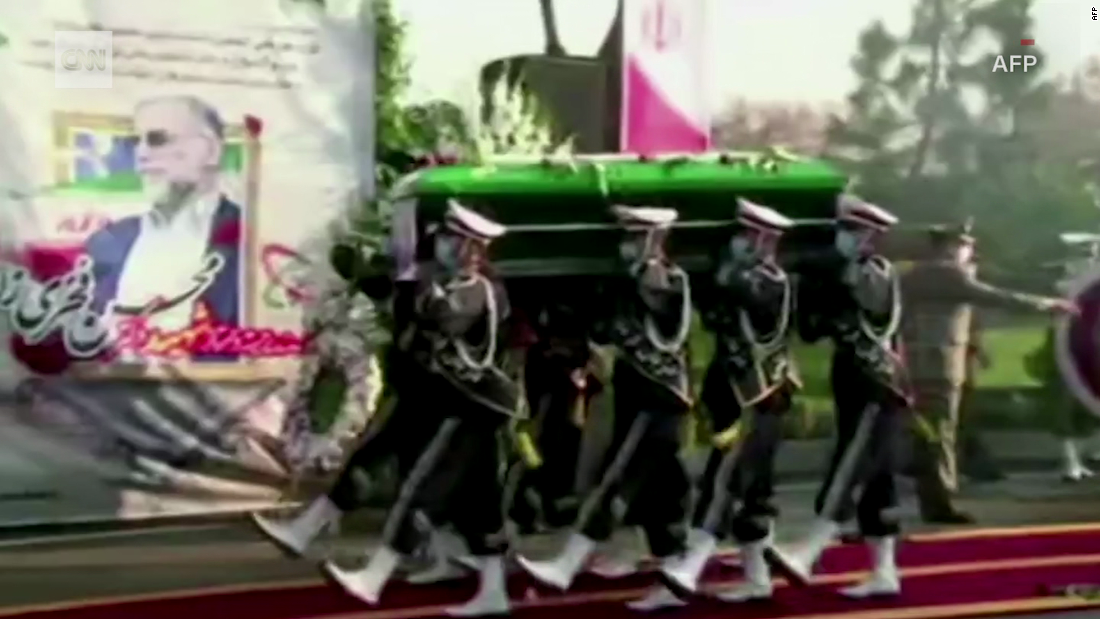 The official said that in the past, Israelis have shared information with the US about their targets and covert operations before carrying them out but would not say if they did so in this instance. The Iranian nuclear scientist, Mohsen Fakhrizadeh, who was killed Friday, had been a target for the Israelis for a long time, the official added.

Iran has blamed Israel for the attack and said the operation bore the hallmarks of Israel’s foreign intelligence agency, the Mossad. While Iran has provided no evidence of Israeli involvement, Israel has neither denied nor claimed responsibility for Fakhrizadeh’s death.

The New York Times first reported that a US official said Israel was behind the attack over the weekend.

Secretary of State Mike Pompeo visited Israel less than two weeks before the attack was carried out, part of a regional trip that included the United Arab Emirates, Qatar and Saudi Arabia, all places where he discussed Iran with his counterparts.

President Donald Trump has given Pompeo carte blanche to continue carrying out the administration’s “maximum pressure” campaign over the next two months, the official said, adding that there will be more US sanctions on Iran this week and next.

The threat level to Americans in the region has not increased since the attack, particularly because Iran is blaming Israel for the assassination, the official said. But the US believes the Iranians have not yet retaliated for the killing of Gen. Qassem Soleimani, the leader of Iran’s elite military force and the country’s second most powerful leader, and that is the area the US intelligence community is watching right now, the official said.

The US government expects possible Iranian retaliation around the January 3 anniversary of the Soleimani strike, but the official explained that Iran’s options are constrained because President-elect Joe Biden’s inauguration will be about two weeks after that date.

An Iranian move to take kinetic action against the US — particularly killing Americans — would make it harder for Biden to lift sanctions on Iran when he gets into office in order to jumpstart diplomacy, the official said. If Iran does not do anything, their retaliation threats would look hollow at home and by players in the region, the official said.

During a foreign policy speech last year, Biden said he would rejoin the 2015 Iran nuclear deal if Tehran starts complying with the pact, a move that advisers say will require close work with allies and a near immediate start of new negotiations.

After the Trump administration left the pact and launched its maximum pressure campaign, Iran announced that it would no longer limit itself to the deal’s restrictions.

The draft bill outlines a Strategic Plan of Action requiring the country’s Atomic Energy Organization of Iran to produce at least 120 kilograms of 20 percent enriched uranium annually and store it inside Iran within two months after the adoption of the law.

Two hundred and fifty-one out of the total 260 Iranian lawmakers present voted “yes” to the outlines of the draft bill.

Once approved, Iran could also disregard other restraints put on its nuclear program by the nuclear deal, which also required international inspectors to its nuclear facilities, ICANA, the official news agency, reported earlier.

From CNN’s Akanksha Sharma in Hong Kong, Mohammed Tawfeeq in Atlanta and Ramin Mostaghim in Tehran