What Kamala Harris’ Indian roots reveal about the US 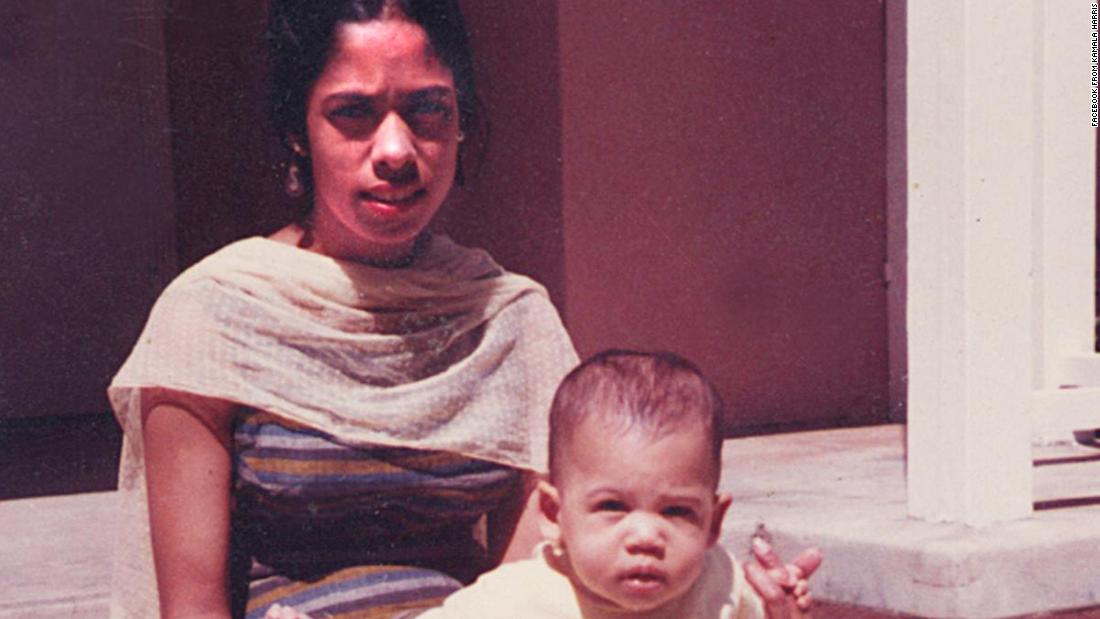 It was 1958, seven years before a new law would transform the US immigration system and fundamentally change the face of the nation.

Harris is the daughter of immigrants — her mother from India and her father from Jamaica. Her vice presidential nomination marks a milestone and highlights a major demographic shift in the US in recent decades, as more immigrants began arriving from non-European countries.

“It’s hugely significant. … It is, first of all, really affirming and rooting into our consciousness that these demographic shifts are very much a part of our country and they are here to stay,” says Virginia state Sen. Ghazala Hashmi, who was born in India.

“Her background, her experience, her leadership is an indication of the ways in which so many immigrant communities really just are woven throughout the fabric of this country.”

Some Indian Americans say the moment is a particularly resonant sign of how far the community has come in a matter of decades. Others note that Harris’ Indian heritage is just one part of her background and caution against painting a group that is culturally, linguistically and religiously diverse with too broad a brush.

But there’s no doubt that this is a “first” that’s drawing attention.

“It’s pretty remarkable that you have a population that was numbering in the thousands 50 years ago now on a major presidential ticket,” says Pawan Dhingra, a professor of American Studies at Amherst College.

Dhingra says that reveals a lot about how US immigration policies have influenced who’s able to come to the US in the first place, and what happens to generations of families once they’re here.

The US began admitting more Asians and Africans

“It speaks to how US immigration law privileged certain kind of immigrants, namely those with high education levels and skills in scientific fields, that many Indians, including Kamala Harris’ mother, migrated through,” Dhingra says. “Once you have a population in the US that is highly educated and highly skilled, then it sets up their kids for certain kinds of achievements and opportunities that can happen within a generation or two.”

The Immigration and Nationality Act of 1965, which eliminated national origin quotas, paved the way for millions of Indians and other non-European immigrants to come to the United States.

“It fundamentally changed the demographics of the country. It made the country…more Asian and African,” Dhingra says, “though that was not its intent.”

In the 1940s and 1950s, the number of Indian immigrants in the United States had dropped so sharply that they didn’t even register in official Census tallies, says Devesh Kapur, director of Asia Programs and a professor of South Asian Studies at the Johns Hopkins School of Advanced International Studies.

In 1960, two years after Harris’ mother arrived in California to begin her doctoral studies, there were around 12,000 Indian immigrants in the United States. By 2018, the latest census estimates available, there were nearly 2.7 million.

“Every decade since 1980, it’s been almost doubling,” Kapur says.

Several waves of immigration after 1965 shaped the Indian American population, Kapur and his co-authors argue in their 2016 book, “The Other One Percent.” The first wave were highly educated immigrants, many of whom, like Harris’ mother, came to the United States to study and pursue advanced degrees. Then a large cohort of families migrated to join loved ones already in the United States. Then came a generation of IT workers with visas under the H-1B program for specialty occupations.
Now, according to the Migration Policy Institute, Indian immigrants are the second largest immigrant group in the United States.

How Harris defines her heritage

Harris credits her mother, who died in 2009, as one of the most important influences in her life.
She has spoken out about her mother’s upbringing in India in a home “where political activism and civil leadership came naturally,” and she’s described her childhood memories visiting her grandfather in the southern Indian city of Chennai.
“My mother instilled in my sister Maya and me the values that would chart the course of our lives,” Harris said as she accepted the Democratic Party’s vice presidential nomination Wednesday night. “She raised us to be proud, strong Black women, and she raised us to know and be proud of our Indian heritage.”
Harris has bristled at questions that push her to claim one piece of her heritage over another.

When asked last year how she defines herself, given her Indian roots, Harris replied, “Proud American.”

“The more we attend to her Indian American heritage, what I hope that people get out of that is the fact that she’s biracial, she’s multiracial. That’s something we really need to recognize,” Dhingra says. “So many more people today are multiracial or at least identify as that. … What’s exciting is that alongside that, she’s helping bring out this new normal in America.”

Harris’ nomination comes as more attention is being paid to Asian Americans’ behavior at the polls.
“Asian Americans are now the fastest growing racial and ethnic group in the US, both as a population and as an electorate,” says Neil Ruiz, associate director of global migration and demography at the Pew Research Center.

Will having Harris on the ticket influence how Indian Americans vote?

That’s difficult to say, says Kapur, who says he’s planning to conduct a survey of Indian American voters to get a better sense of how they feel about Harris’ candidacy and other issues in the election.

“We don’t know. … There are so many factors. People are so polarized in this election already. … We know that in this election, far more of the electorate has already made up its mind,” Kapur says.

Indian Americans were the most likely to be Democrats of any Asian origin group surveyed in 2018 survey by AAPI Data, with 50% identifying as Democrats and 18% as Republican.

Whatever happens at the polls, seeing Harris on the ticket is likely to inspire a new generation to consider careers in politics, says Sanjay Puri, chairman of the US-India Political Action Committee. Already, he says, a growing number of Indian Americans are running for office.

“It will open the floodgates. … This will be a seminal moment. You might see this, 10 years, 20 years from now, where there will be young people, people who will be more and more coming into public life because of this,” he says.

“Not just Indian Americans, but I think everywhere, the opportunities are there for people…no matter how their name is pronounced, or whatever their background is. I think it serves as a great inspirational story.”

Kapur, of Johns Hopkins, says that wasn’t a detail he focused on when the Biden campaign announced she’d be on the ticket.

“For me,” he says, “what matters is the larger attributes of this individual, rather than the Indian part.” But he says his daughter, who recently graduated from college, had a different reaction: “It’s nice to have someone with a name that plays to me, which I recognize.”

“It’s symbolism, yes,” Kapur says. “But symbolism should not be seen as irrelevant.”

Hashmi, the Virginia state senator who unseated an incumbent Republican last year, knows how important names can be. She was four years old when she immigrated to the United States from India in 1969, growing up in a small town in Georgia where for years hers was the only South Asian family in town.

The tag line she used in her 2019 campaign: “Ghazala Hashmi is an American name.”

It was partially an effort to reach out to voters from immigrant backgrounds who weren’t used to seeing themselves represented in political leaders. But Hashmi says the line also had a broader appeal.

On the campaign trial, she says, moms would tell her their little girls had tweaked the tag line, subbing their names in for hers.