Wildfires, coronavirus and an earthquake collided for California’s terrible week 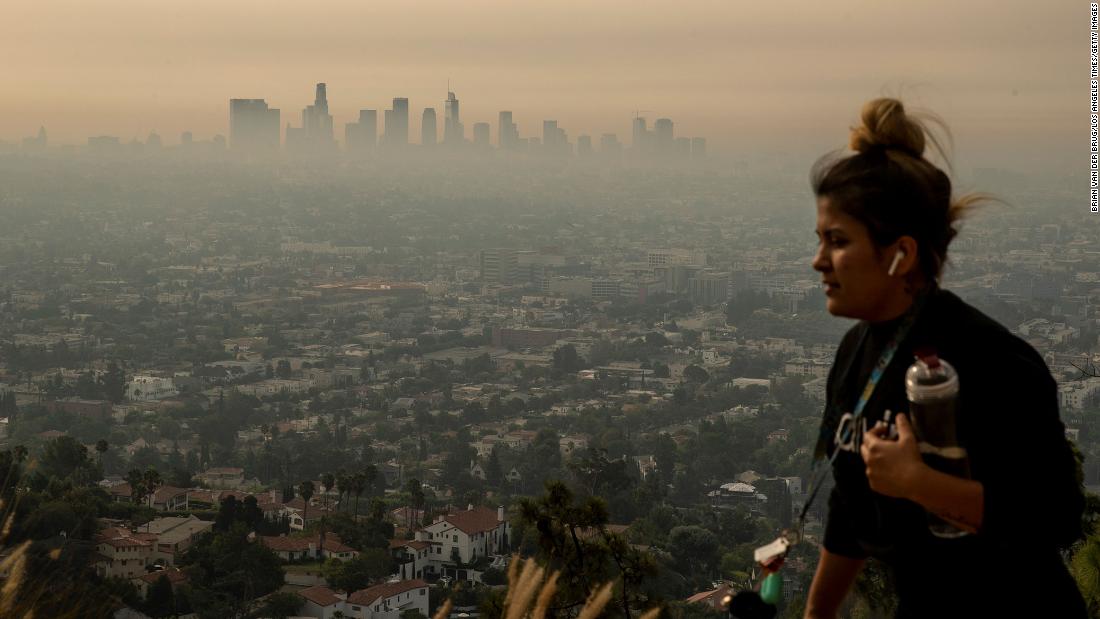 The Golden State has been trying to contain the surge of coronavirus cases that started in the summer while dozens of wildfires are burning and smoke is making it hard to breathe. Then, as if not enough crises had collided, Southern California was caught in the clutches of yet another hazard — an earthquake.

As more than 19,000 firefighters scrambled to contain multiple blazes in the state, they had to mourn one of their own, officials said.
A firefighter was killed Thursday in Southern California’s El Dorado Fire, the blaze sparked this month by a botched gender reveal party, according to the San Bernardino National Forest Service.

The state has seen more than 3.4 million acres scorched so far this year, killing 26 people and reducing hundreds of homes to ashes.

Numerous communities were ordered to evacuate after the Bobcat Fire in Los Angeles County exploded to 91,000 acres, fueled by strong winds.

Fire officials have warned that warn and dry conditions could elevate the danger of fire over the coming days.

Smoke put their health at risk

Smoke from the devastating wildfires has stretched for miles, creating hazardous air conditions in California and nearby states.
The air was so full of smoke in San Francisco earlier this week that it ranked among the top big cities with worst air quality in the world, according to IQAir, a group which tracks global air quality.
The smoke has impacted other cities, including Los Angeles and even Yosemite National Park, which the National Park Service closed to all visitors last week because conditions were in the unhealthy and hazardous range.
The vast amounts of thick smoke from the wildfires has also traveled across the rest of the country and even reached Northern Europe, according to data from Europe’s Copernicus Atmosphere Monitoring Service (CAMS).

Pandemic is threatening their lives

The state appears to be making progress to slow down the spread of coronavirus, but the threat lingers.

Hospitalizations have dropped 22% in the past two weeks and the percentage of tests coming back positive is down to 3.6% after a surge in cases over the summer, Gov. Gavin Newsom said in a news briefing on Wednesday.

“We are moving forward and seeing a decline in the rate of spread and transmission of Covid-19,” Newsom said.

So far, there have been 782,828 coronavirus cases in California and 14,972 people have died, according to data from Johns Hopkins University.

But wildfires have become a challenge for health officials. Newsom said access to state’s mobile testing sites has been impacted by air quality issues.

An earthquake added even more anxiety

Pictures were rattling on the wall, plants were knocked over and some people woke up to beds shaking.

An earthquake hit near the city of El Monte — east of downtown Los Angeles –late Friday night, but it was felt widely in San Diego, Valencia and the San Fernando Valley areas, the US Geological Survey said.
“What a jolt! We felt it too. No need to call 9-1-1 unless you have an emergency,” the San Gabriel Police Department tweeted.

While there were no reports of serious injuries or damage, it was a reminder for those in the greater Los Angeles area that the earthquake risk is far from over.

“It’s a wake up call, reminds you that we do have earthquakes here. We have enough disasters going on right now, I’m like everybody else, I rather not have something else in 2020,” Lucy Jones, a seismologist with the California Institute of Technology, told CNN affiliate KABC.

While experts can’t fully predict quake aftershocks, Jones says, the chances of a subsequent larger quake is usually less than 5%.