Winning the Right to Vote Was the Work of Many Lifetimes 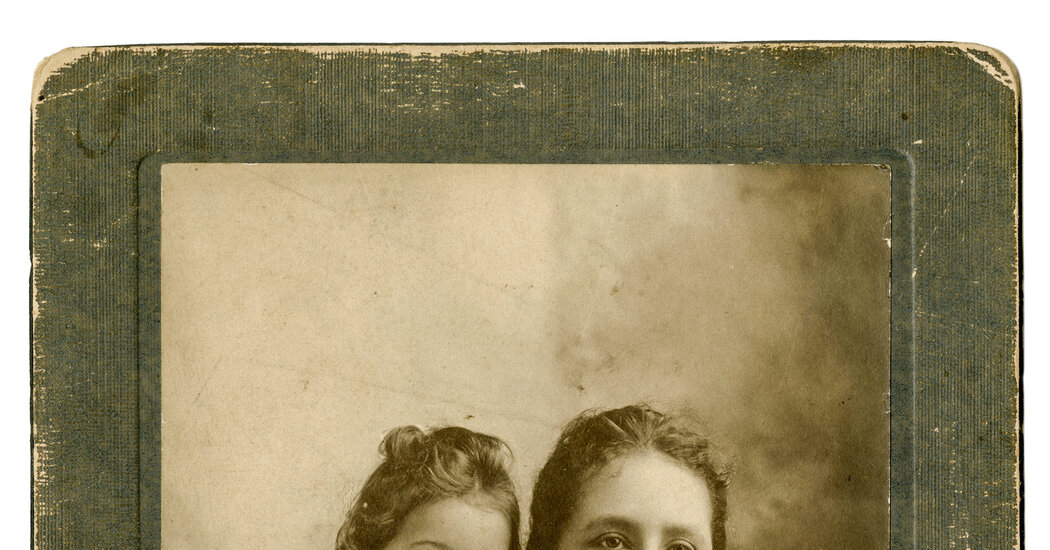 In March 2019, the Smithsonian’s National Portrait Gallery opened an exhibition called “Votes for Women: A Portrait of Persistence.” As curator, I visited archives around the country looking for original objects and images that would reveal new aspects of the suffrage movement. I wanted to widen the story and address the roles played by women of color, especially.

While visiting the archives of Howard University, I came across a 1901 studio portrait of the suffragist Mary Church Terrell with her daughter, Phyllis. I caught my breath because I had never seen it, and I suspected that it had never been published. Mary started working for progressive causes long before Phyllis was born, and her activism served as a model for posterity. Years after this picture was taken, mother and daughter picketed together, with members of the National Woman’s Party, outside Woodrow Wilson’s White House.

Looking at their picture, I was reminded that the struggle for women’s rights was, and continues to be, multigenerational. Leading suffragists like Frances Ellen Watkins Harper, Lucy Stone, Josephine St. Pierre Ruffin, Elizabeth Cady Stanton and Ida B. Wells-Barnett each had daughters who carried on their work. Reformers like Susan B. Anthony cultivated followers such as Dr. Anna Howard Shaw, who were completely devoted to the movement. These women sometimes clashed over strategies and tactics, but they shared the belief that winning the vote was a crucial first step toward empowering women in the ongoing fight for equality.

Issues of race and class divided the movement, too — sometimes along generational lines. Harriot Stanton Blatch, one of Elizabeth Cady Stanton’s daughters and a formidable suffragist in her own right, famously parted ways with her mother around “educated suffrage.” At various points in her life, Stanton argued that educated women were more deserving of the vote than “ignorant” men, among whom she included many formerly enslaved people, working-class people and immigrants. Blatch disagreed with her mother. In 1894, in response to a statement of Stanton’s, she wrote, “Every working man needs the suffrage more than I do, but there is another who needs it more than he does, just because conditions are more galling, and that is the working woman.”

Though Blatch publicly rebutted Stanton, she also was inspired by her. The foremothers of suffrage, despite their limitations, modeled a steadfastness that would motivate both their own daughters and other young women in the movement. They never wavered in the idea that the vote was essential for women to live as full citizens. Stanton died in 1902, 18 years before the 19th Amendment was ratified, but Blatch saw it realized. To honor her mother, she worked with her brother Theodore on a collection of Stanton’s papers, now in the holdings of Vassar College.

The mothers were the foundations; the daughters, even when they differed in opinion, ensured their legacy.

Harper gained renown in the 1850s as an author of elegant prose and persuasive antislavery poetry. She was also a popular lecturer, and a suffragist who rejected white women’s claims to superiority in the movement for voting rights. “I do not believe that giving the woman the ballot is immediately going to cure all the ills of life,” she declared in an 1860s address. “I do not believe that white women are dewdrops just exhaled from the skies. I think that like men they may be divided into three classes: the good, the bad and the indifferent.”

Harper was a natural leader. Active in the Woman’s Christian Temperance Union, she used her position as a superintendent to empower Black women. And in 1896, along with Terrell, Ruffin and others, Harper co-founded the National Association of Colored Women, or N.A.C.W. The group argued that voting rights and education were inextricably linked and raised funds for Black kindergartens, libraries and vocational schools — resources for the next generation.

Harper sometimes appeared at conferences with her daughter, Mary, who was also a talented public speaker. Mary seems to have been less politically active (and perhaps more religious) than her mother, but they both worked for social reforms. Moreover, they were a pair: In 1895 Harper published a collection of her poetry, “Atlanta Offering,” and insisted not only on her own frontispiece portrait but also on one of Mary — a kind of visual dedication to her daughter.

Before co-founding the N.A.C.W., Ruffin worked with her daughter, Florida Ruffin Ridley, and Maria Baldwin to found the Woman’s Era Club in Boston. By the mid-1890s, shortly after its founding, the club had 133 members, with the mother-daughter team editing its important newspaper (also called The Woman’s Era). In 1894, in the paper’s second issue, they published an editorial about the growth of clubs like theirs: “This organization of colored women means much; through it our women are brought more closely in touch with the world and the great questions of the day; by organization, not only are their own minds and talents strengthened and developed, but they are enabled to give a helping hand to those less favored.”

Organization and close intergenerational cooperation were invaluable, but they were no guarantee of victory, and progress toward suffrage was often painfully slow. After Ruffin and Ridley founded the Woman’s Era, it would be another quarter-century before the 19th Amendment passed and women nationwide won the right to vote. And even then, many Black women would still be denied their rights for decades.

In curating “Votes for Women,” I hoped to honor women like Ruffin and Ridley. It wasn’t always possible. I recall the crushing disappointment I experienced when I traveled to New York City to see a portrait of Ruffin, only to discover that the image had a large, demeaning crease down the middle of her face. It was unexhibitable. And I never found a portrait of Ridley.

Still, of the 60 portraits of named women on view, almost a third were of women of color. With the support of the Smithsonian American Women’s History Initiative, we featured stunning photographic portraits of Anna Julia Cooper, Ida Gibbs Hunt, Margaret Murray Washington, Mary McLeod Bethune, Adella Hunt Logan, Felisa Rincón de Gautier, Susette La Flesche Tibbles, Zitkala-Sa, Fannie Lou Hamer and Patsy Takemoto Mink. By presenting these women as the stars of the exhibition, the Portrait Gallery placed women’s history at the center, rather than the margins, of American history.

Today, it can be both daunting and inspiring to remember how these women refused to give up. Their persistence set the stage for everyone who came after them, including us: We would not be considering ratifying the E.R.A., or deploying women as soldiers in combat, or participating in the #MeToo movement, or electing many more women to represent the people, or hiring more gender-inclusive leadership, if not for the suffragists.

And yet, as we consider their legacy, it’s also worth asking how we might do things differently than our mothers. How can we hold ourselves up to the light — one that will stand the judgment of the next generation?

Kate Clarke Lemay is a historian and curator at the National Portrait Gallery, and a co-author of “Votes for Women: A Portrait of Persistence.”